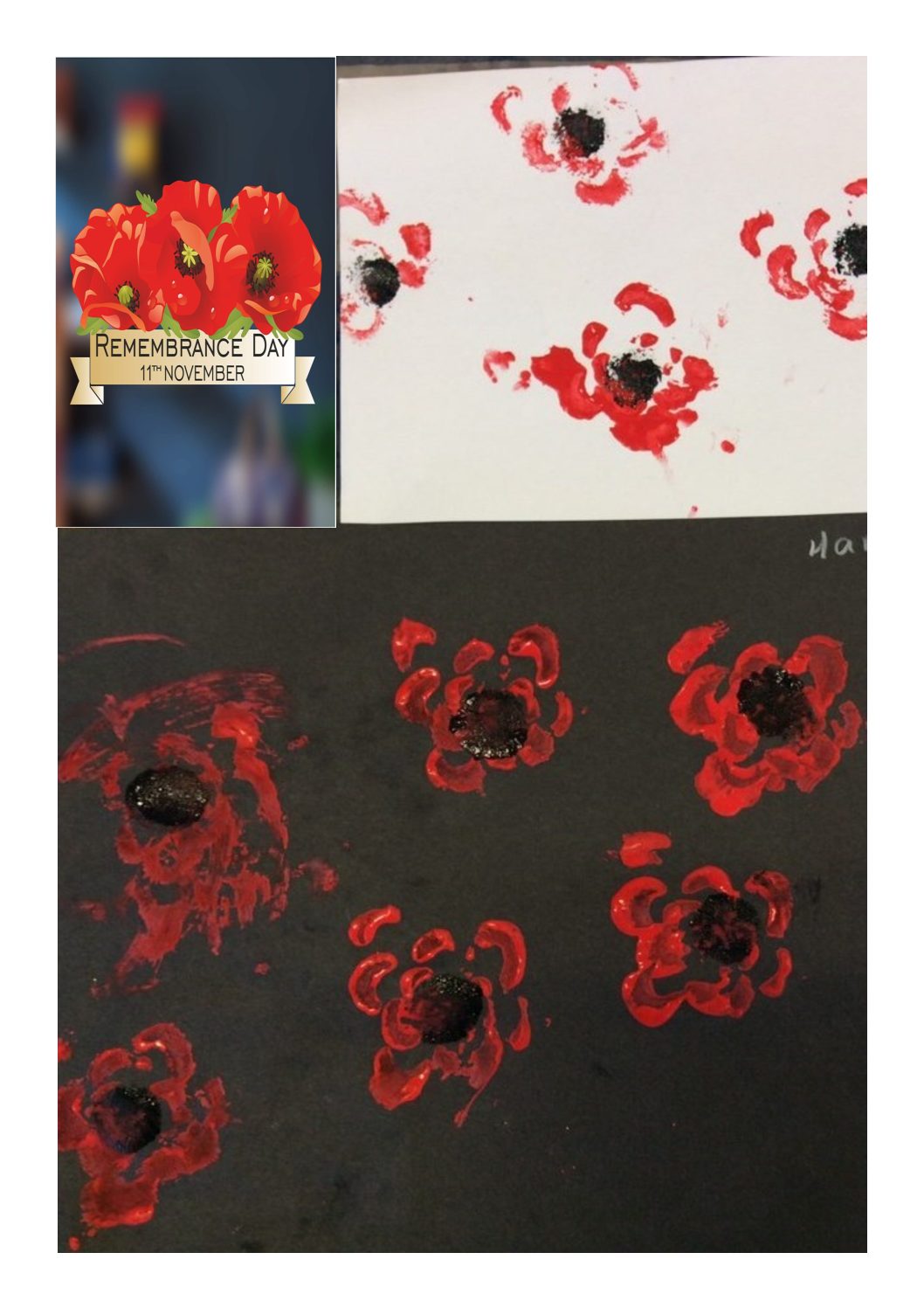 The children in the Badgers and Foxes bases have been making poppies to for Remembrance Day.

The children in Foxes base made play dough poppies in the woods.  They talked about why we wear poppies and the children were very focused on making their own poppy by finding a green leaf and moulding the poppy.

At circle time Badgers base talked about poppies and how they are a symbol for us to say thank you to the people who take care of us and keep us safe. We used celery to print red poppies and used cotton balls to make the black centres.

Armistice Day is on 11 November and is also known as Remembrance Day. It marks the day World War One ended, at 11am on the 11th day of the 11th month, in 1918.
A two-minute silence is held at 11am to remember the people who have died in wars.

Remembrance Sunday is also marked each year, this falls on the second Sunday in November.
This year, like most things, Armistice Day will be a little different. This year, as well as wearing a poppy, support can be shown by using a digital poppy on social media sites, or by colouring in a downloadable poppy picture and displaying it.
Source – https://www.bbc.co.uk/newsround/15492752 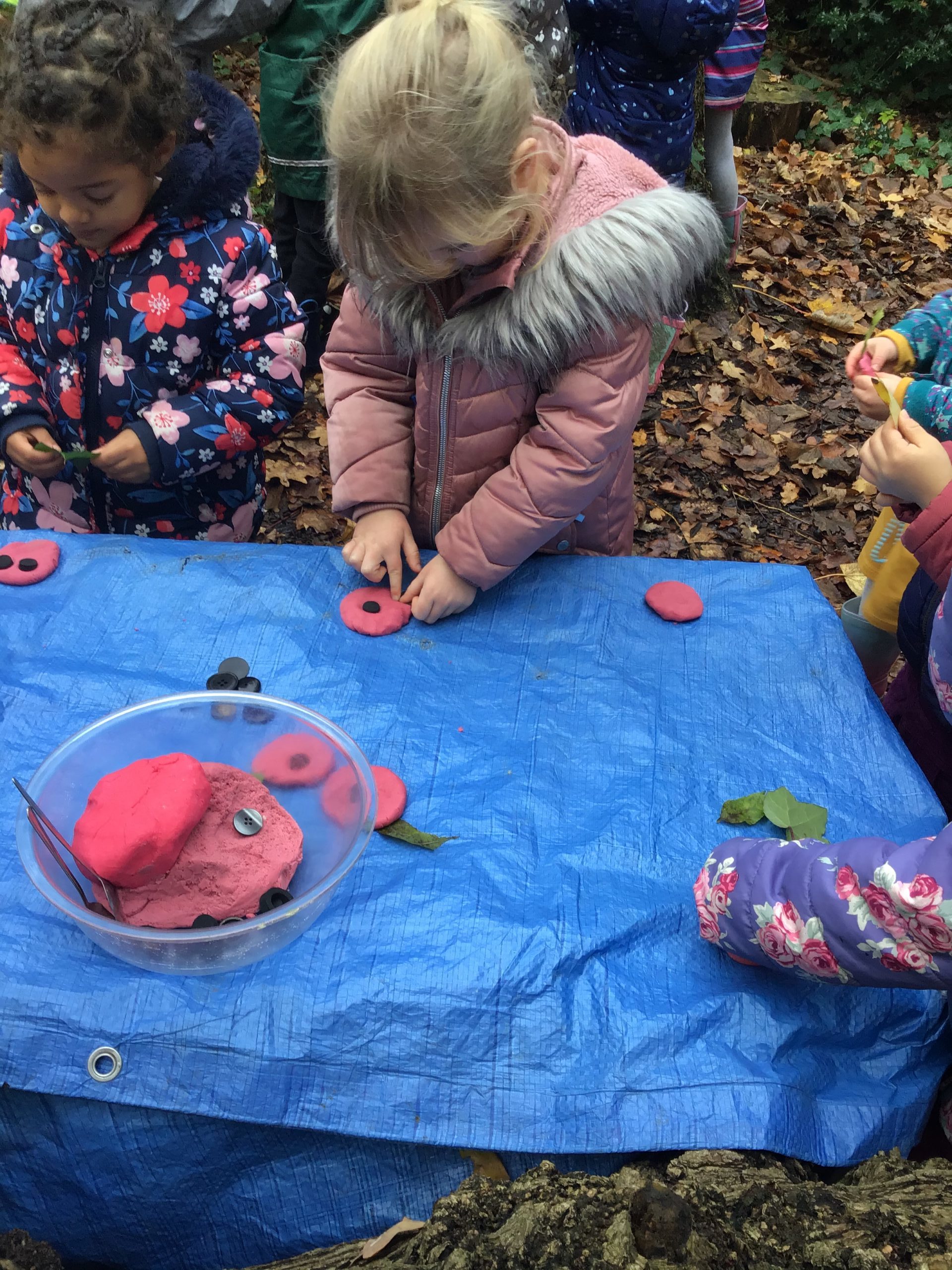 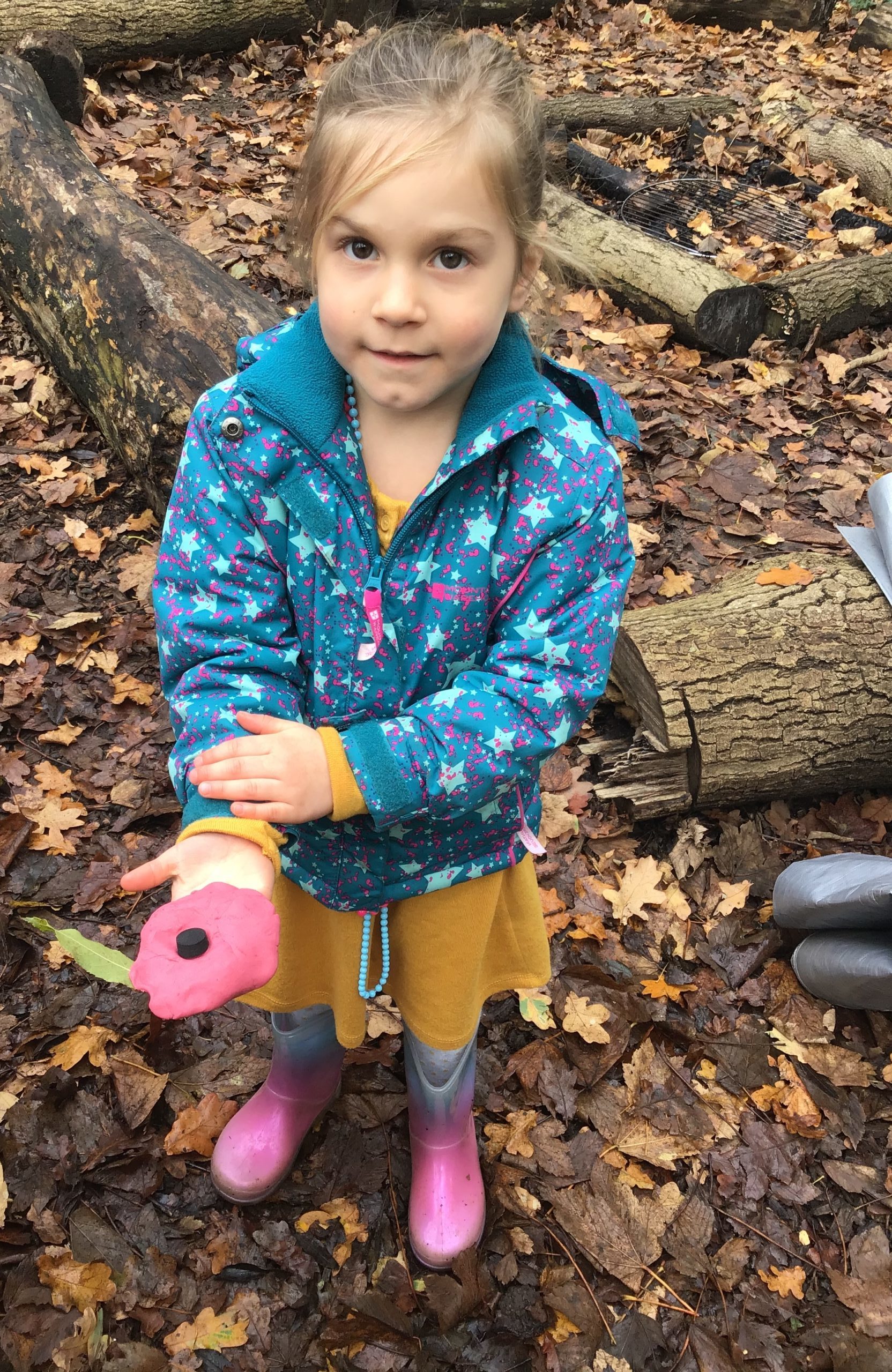 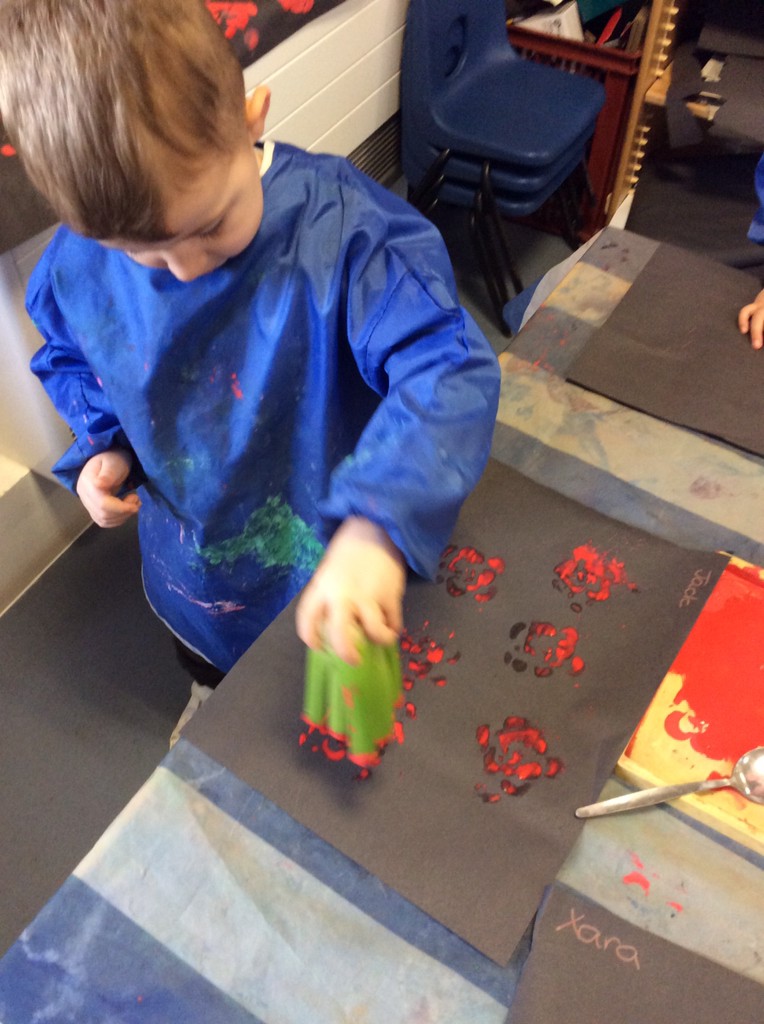 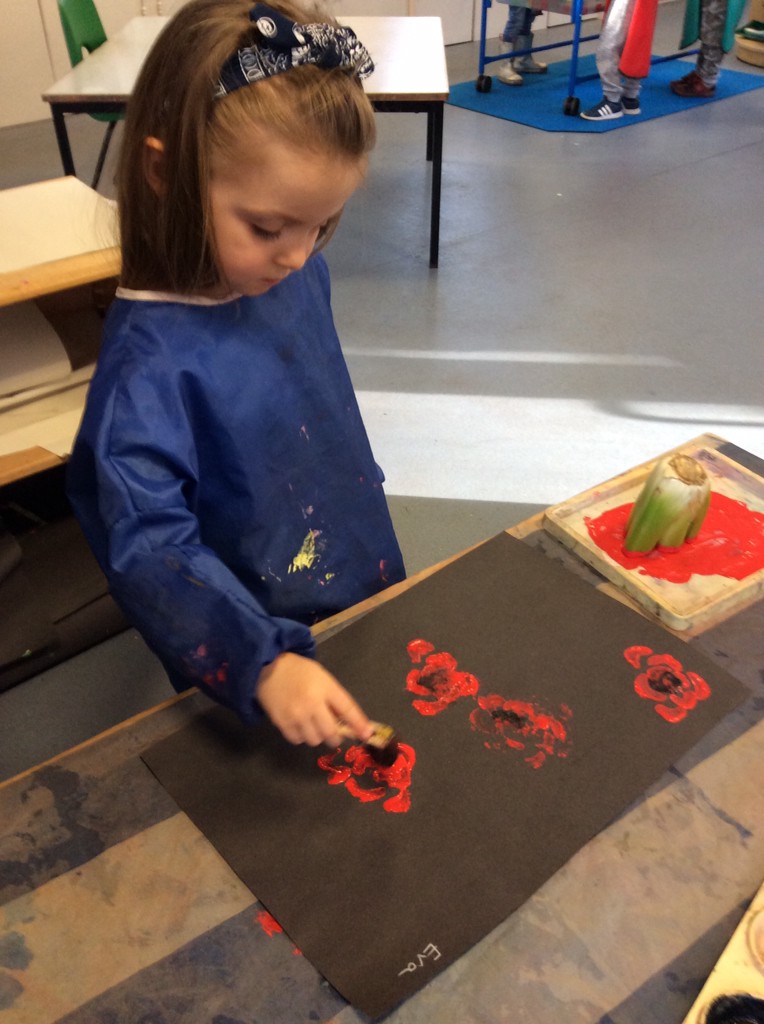 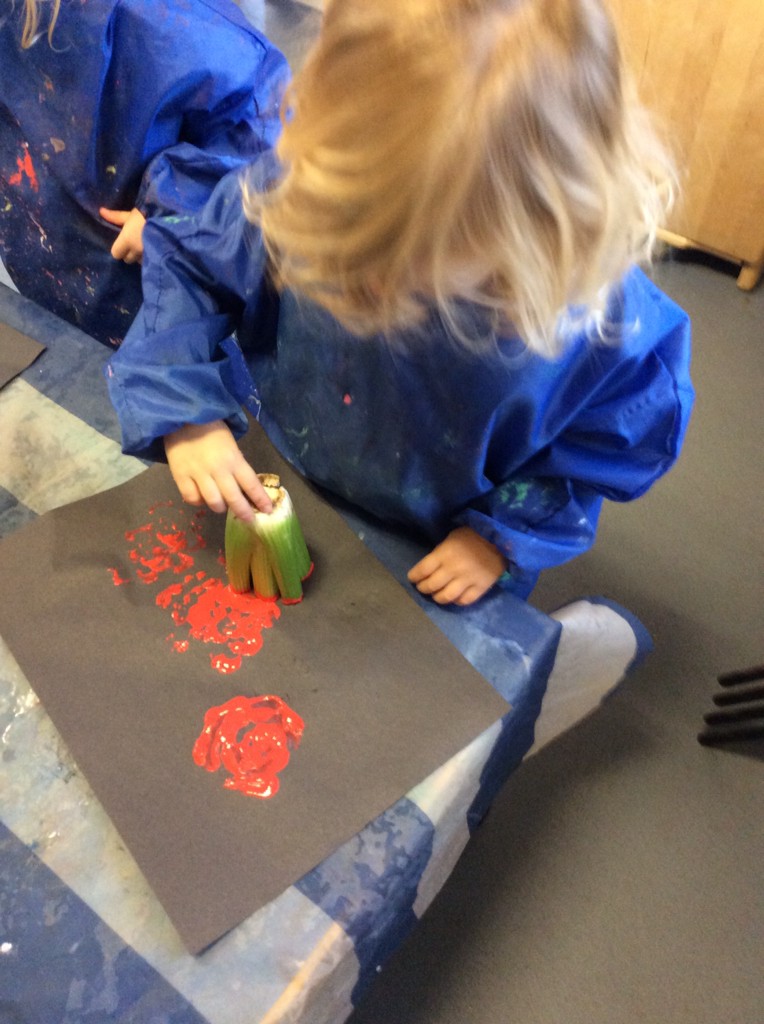 By continuing to browse the site you are agreeing to our use of cookies.
Make an Enquiry